While US box office grew about 9%, summer attendance figures are the second worst since 1992 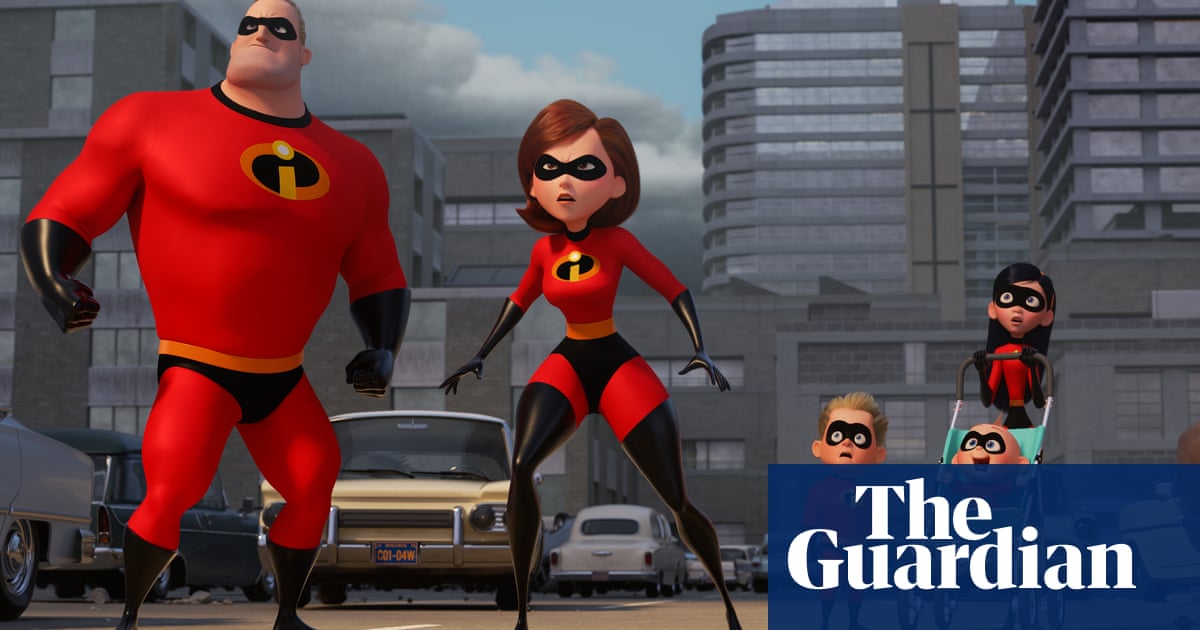 A case of superheroes to the rescue in the form of Disneys Avengers: Infinity War and Incredibles 2 has fuelled the biggest boost to the US summer box office in more than a decade.

However, Hollywood bosses have been left weighing the Netflix threat after the worlds biggest movie market recorded the second lowest level of attendance in a quarter of a century.

The UK is also set to report its second biggest summer box office take ever later this week currently at 440m despite the heatwave and Englands World Cup run interrupting cinema-going. In the UK, Mamma Mia 2 pipped the deluge of superhero franchises as the biggest earner this side of the Atlantic.

The box office resurgence has led Hollywood chiefs to crack open the champagne, toasting a 14% rise in US box office takings to $4.4bn, according to official figures for the US summer season, which ended on Monday. There have only been three previous double-digit increases in the past two decades and none so large.

After much soul-searching following one of the worst summers in recent memory in 2017 the US box office take last year was $700m lower Hollywood stalwarts point to the recovery as proof the movie industry is in fine fettle and the threat of services such as Netflix stealing cinema-goers has perhaps been overplayed.

2018 has demonstrated we are not dead, this summer has been phenomenal and one of the biggest of all time, says Tim Richards, the chief executive of Vue, the worlds largest cinema operator outside the US. When great movies are out there, audiences come out. It is a cyclical business; this is not an industry in decline. If it was, you wouldnt get years like we are having right now.

Richards may be right but to pull in ticket sales Hollywood has opted for a safety-first strategy, with sequels a major feature of the box office this year. Of the top 10 summer films in the UK, only one, Jason Stathams Jaws-on-steroids action flick The Meg, is not a sequel or a spin-off. The US top 10 is made up entirely of sequels or spin-offs.

Its been the summer of the safety net, Jeff Bock, a senior box office analyst at the US firm Exhibitor Relations, says. Whereas in 2017 sequels underperformed, this year they saved the day.

One estimate puts the number of sequels and reboots in the works at 139.

However, behind the healthy glow of a $4.4bn box office take, the fifth biggest in US history, the movie industry is still facing a host of problems. While US ticket sales grew about 9% year on year, to $450m, summer attendance figures are still the second worst since 1992, when Batman Returns ruled the box office. In such a competitive market the only one of the Hollywood majors not feeling the pinch is, arguably, Disney.

This summer has underlined the widening gulf between the Disney machine and the fortunes of most of the other major Hollywood studios. Six of the top seven grossing films in the US so far this year are from Disney, which owns the Marvel universe from Iron Man to Avengers, Pixar and the Star Wars maker, Lucasfilm.

Disneys $2.7bn US box office tally to date is more than 2.5 times its closest rival, Universal, the maker of Jurassic World: Fallen Kingdom, the third biggest global film this year, and the Fast and the Furious franchise.

Disney has already won the winter box office with Black Panther in February; Aprils Avengers: Infinity War topped spring and with a $2bn-plus global total will be the biggest movie of the year by some distance; and Incredibles 2 comes out on top for the summer.

Everything they touch turns to genuine gold, Bock says. They continually roll out films that are not only multilayered but connected to each other in ways that fascinate audiences the same way comic books have been doing for ages. The growing divide between Disney and the other studios is as wide as the Grand Canyon right now and that will be even more true if Disney overtakes Fox.

Disney is in the process of a $71bn (55bn) deal to buy most of 21st Century Fox including the film studio behind Deadpool, X-Men and Avatar after Rupert Murdoch admitted he did not have the scale to compete against the growing digital giants such as Netflix and Amazon.

Taking over Fox will give Disney immense market share in the traditional film market and a huge treasure trove of content to populate its own streaming service, which will launch next year with the aim of taking on Netflix globally.

Youll be talking about a studio possibly taking two-thirds of the market, which is unheard of in the modern blockbuster era, Bock says.

Disneys closest two studio rivals Warner Brothers, which has the DC Comics franchise, including Superman, Batman and Wonder Woman and is behind the summer sleeper hit Crazy Rich Asians; and Universal will be left in its wake.

However, it is the smaller Hollywood majors Mission: Impossible and A Quiet Place maker, Paramount, Sony Pictures and the Hunger Games maker, Lionsgate which are really feeling the strain of the franchise-centric model and changing viewing habits of movie-goers. None has a share of the US box office of even 10%.

A recent report cited Sony and Paramount as being in previously unthinkable talks with Amazon, which is desperate to populate its service with top-class content, about co-funding and streaming rights to films.

The truth is, Paramount, Sony and Lionsgate need help and they need it fast, Bock says. If that comes via the deep pockets of Amazon or Netflix, so be it. With Disney emerging as the clear super-studio, we may see a lot of co-productions in the future or even more mergers.