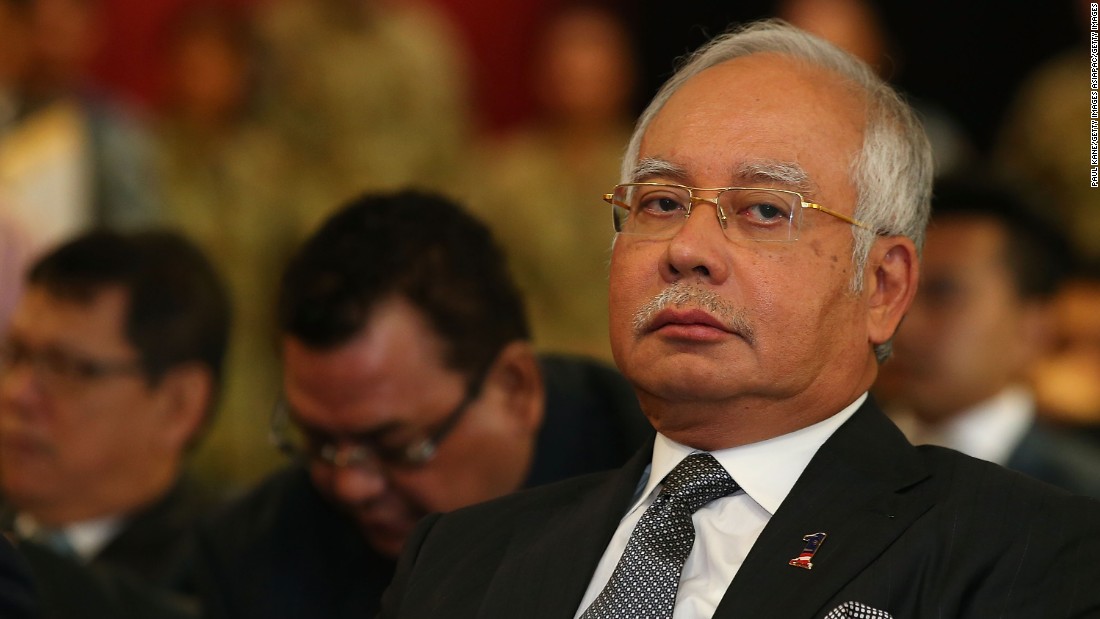 (CNN)Is an anti-fake news law proposed in Malaysia really designed to protect the country’s citizens, or is it just a way for the government to clamp down on the media and stifle free speech?

The proposed Anti-Fake News Bill 2018 will give the government sweeping powers to hit those it deems guilty of creating or spreading fake news with jail terms of up to six years and fines that could as high as $130,000.
It is expected to be easily passed next week as Najib’s ruling coalition has a majority in the country’s 222-seat parliament and is but the latest example of how the phrase championed by US President Donald Trump has been adopted and used by leaders across Asia. 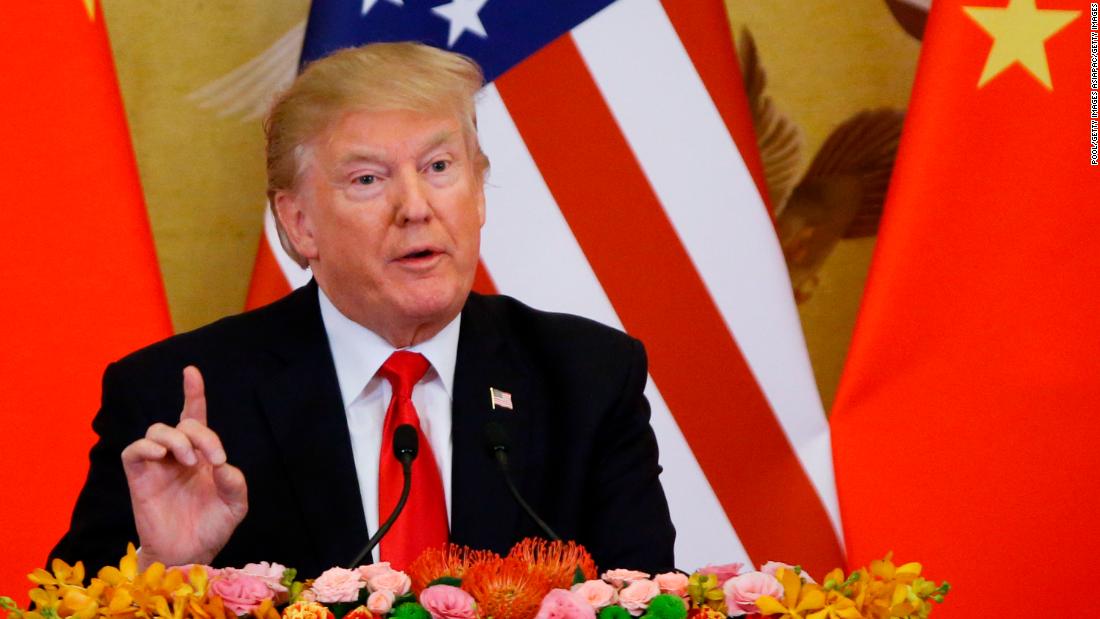 At the heart of the problem is a broad definition of what constitutes fake news and who an offender could be.
The bill defines fake news as “news, information, data and reports which is or are wholly or partly false,” and an offender as somebody who by any means “knowingly creates, offers, publishes, prints, distributes, circulates or disseminates any fake news or publication containing fake news.”
Particularly concerning to international media is that the proposed law will also give the Malaysian government extra-territorial reach — an offender need not be either Malaysian or in Malaysia for the law to apply, as long as the fake news “concerns Malaysia or … a Malaysian citizen.”
In February, de facto law minister Azalina Othman Said said the government is prioritizing the bill because fake news threatens national security.
Azalina rejected claims the law would be another tool used by the authorities to crack down on dissent, saying it would protect all parties, government and opposition alike.

However, Zaid Ibrahim, a former minister in charge of legal affairs, was blunt in his assessment of the bill.
“This law is necessary for Najib, but not the country. He needs this to put fear in people, that they can go to jail if they criticize him,” he told CNN.
Calling it “useful for the elections,” Zaid said political campaigners are already becoming wary of what they say, even though the bill hasn’t even been passed yet.
He added that the 1MDB scandal — which has seen Najib accused of misappropriating massive amounts of money — has “everything to do” with the anti-fake news bill.
The scandal has made numerous headlines in the international media, and Zaid said Najib will apply the new law to protect himself and try “everything possible to put a stop to the 1MDB investigation.”
“We are the most oppressive country in the world,” he said.
The former minister is not the only person who has come out against the bill. Najib’s own brother, Nazir Razak, chairman of the CIMB banking group, has taken to social media to call for it be deferred.

As much as I abhor fake news, the Anti-Fake News Bill should be deferred. It must be comprehensively drafted and debated. It mustn’t be rushed. This is about basic rights of individual expression, and instilling fear of such draconian punishment based on ambiguous definitions, will retard our society.

The Malaysian Bar Council has also urged that the bill be withdrawn, with its president George Varughese saying the organization is “deeply troubled” by the proposed legislation, and calling it “legislative overkill.”

Varughese said since the proposed law criminalizes fake news but does not clearly define it, it could be used to suppress freedom of expression.
“The wording of the provisions is sufficiently wide for an action to be brought challenging ‘correct’ or ‘incorrect’ views on, for example, economy, history, politics, science and religion,” he said in a statement.
He added the proposed legislation does not deal with a situation if the government publishes “fake news.”
Speaking to CNN, Varughese highlighted the international ramifications of the law, saying if an alleged offender is in a country with whom Malaysia has an extradition treaty, it’s possible for that person to be sent there for punishment.
“Also they run the risk of being arrested and charged the moment they set foot in Malaysia,” he added.
The lawyer also expressed “serious concern” caricature, parody and satire “which by their very nature may involve some embellishment” would now be criminalized. 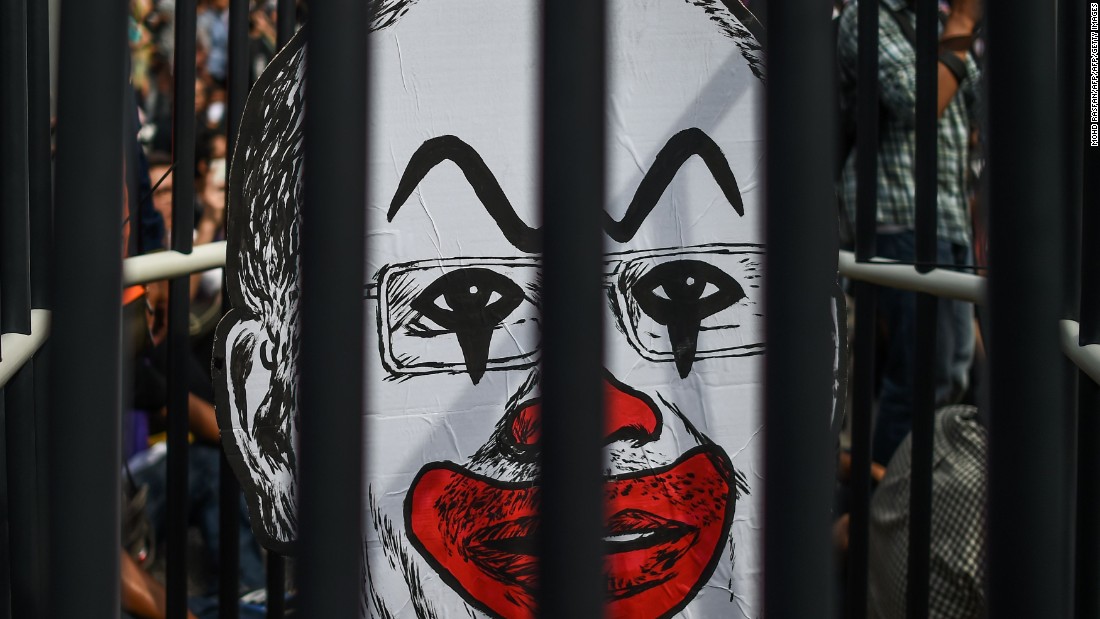 Najib and his government have been the butt of a great many jokes and have often responded with criminal and civil suits.
Artist Fahmi Reza was jailed and fined earlier this year for portraying Najib as an evil clown, while political cartoonist Zulkiflee SM Anwarul Haque, known popularly as Zunar, has been slapped with sedition charges, travel restrictions and a ban on nine of his comic books.
Malaysia already has a plethora of laws that can been used to control media and individual freedoms, Varughese said.
“There is no need for this law. All that this act is intended to cover is already in other legislation,” he said.
These include the Printing Presses and Publications Act 1984, the Communications and Multimedia Act 1998, the Sedition Act 1948 and the Official Secrets Act 1972.
These laws grant the government broad powers to, among other things, arrest and detain individuals without trial, classify government documents, shut down publishers — and punish false news with criminal charges.

The phrase “fake news” has gained traction in Southeast Asia since it was popularized by US President Donald Trump in 2016.
Officials in Myanmar have used it to disparage international coverage of the Rohingya crisis. Philippines President Rodrigo Duterte has hurled the term at Rappler, an online news publisher and one of his staunchest critics. Cambodia’s leader Hun Sen has also used it to slam media in his country. 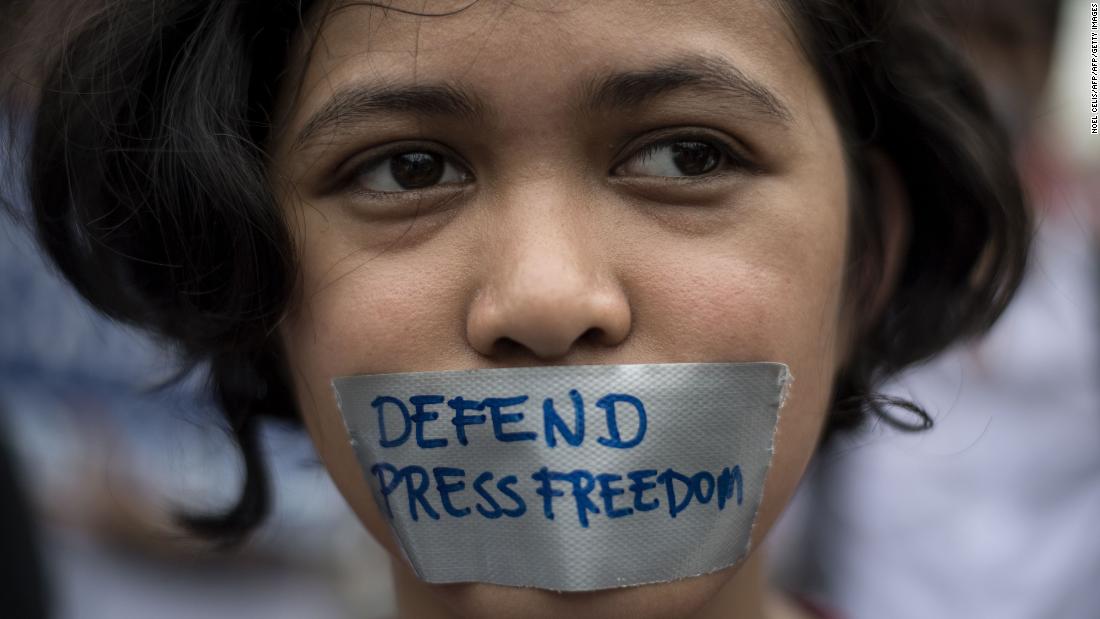 Singapore is planning legislation to tackle online falsehoods, and has set up a parliamentary select committee to probe the issue. The committee called on representatives of major tech companies including Google, Twitter and Facebook to provide statements.
Malaysia’s bill has been labeled especially draconian by Steven Gan, the editor-in-chief of prominent online news site, Malaysiakini. The site has been taken to court, threatened with closure and raided by police several times in its 18-year history.
Gan says he’s “pretty sure” the law is for the government to defend itself in the elections.
“It cannot argue to defend its record, so this will stop the opposition from attacking them,” he said.
Of particular concern to Gan is that the government could make an ex-parte application to the courts over alleged offenses — which means offenders would not be present or able to defend themselves.
“The court will only hear one side — the government’s side. A court order will be issued and if you don’t take it down, it’s an additional offense,” he said. “You can challenge it, but if the government uses public order or national security as a reason, then you have no chance.”
Gan added the jail term and huge fines could deter whistle blowers and journalists from coming forward: “If there was a similar law in the US in the 70s, there would probably have been no Watergate.”

Previous Post: Here are the mutants in Deadpool 2’s superhero team X-Force
Next Post: How to Get the Comics Backstory for Avengers: Infinity War for Less Than $20