This epic documentary ranges across Hillary Clintons life, from the Arkansas governors mansion, through the White House years to her own shot at the top job but the enigma remains 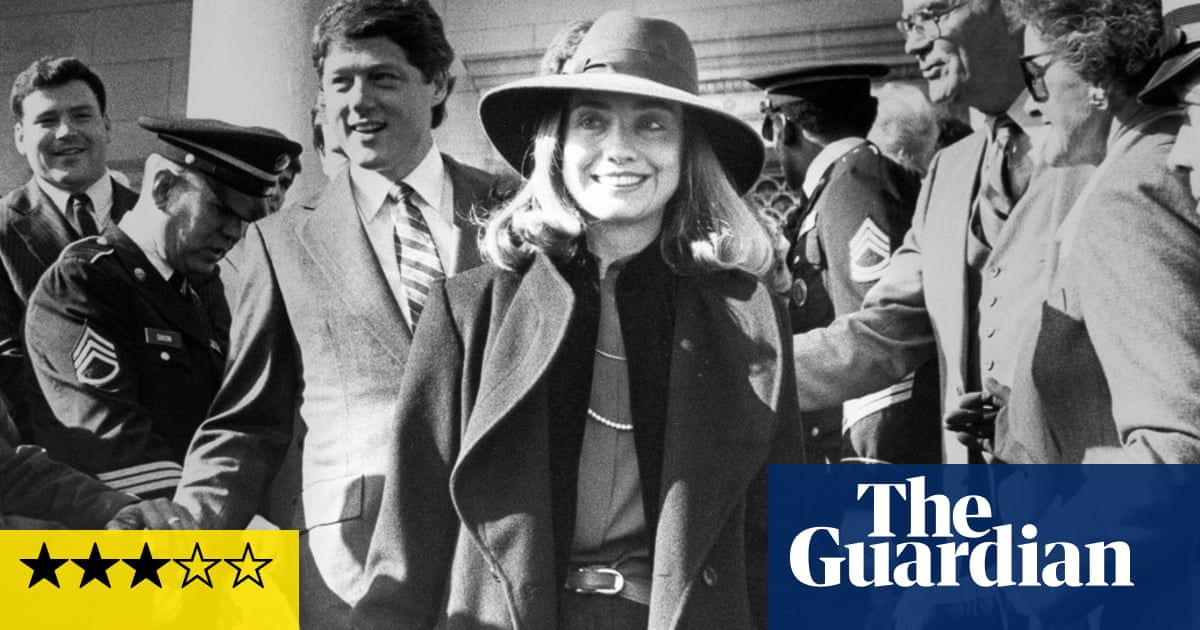 There is a melancholy fascination to Nanette Bursteins sympathetic and respectful documentary interview with the enduringly opaque Hillary Rodham Clinton. It is produced by Hulu TV in four parts, like a good-energy inversion of David Frosts four-part conversation with Richard Nixon, and presented as a 252-minute special at the Berlin film festival.

Burstein structures her narrative like a Hollywood movie, in a series of flashbacks from the unfolding tragicomic drama of the presidential election campaign. It takes us back to Clintons childhood, her time at Wellesley College and Yale Law School (where she met Bill), her time as the governors wife, as the presidents wife with the attendant issues Whitewater, Monica Lewinsky, the three-strikes controversy her time as New York senator in the new millennium and then her fateful tilts at the White House. As the past starts to converge with the present, there is a confluence of bad omens: her tense concession speech when Barack Obama beat her for the 2008 presidential ticket sounds like a rehearsal for the horrible real thing of 2016.

Clinton is interviewed on camera about her spectacular career in public life, which ended with that failure that is any politicians birthright the humiliating defeat at the hands of Donald Trump. She also speaks about the decades of misogynist abuse that she has had to absorb, mostly in an era when you had to toughen up and never admit to being hurt. Clinton remembers all this with good grace and good humour, and with that folksy, teacherly-grandmotherly chuckle she cultivated to ward off unpleasantness. (Her voice has changed over the years; Burstein finds TV footage of interviews she gave when Bill Clinton was governor in Arkansas, and she sounded a lot more down-home, promising to work as haaahd as uh cay-un.)

She stays even-tempered, except when she talks about how Bill had to admit to her the truth about Lewinsky in the late 90s and how their daughter, Chelsea, kept their marriage together. Bill is interviewed, and Obama makes a gracious contribution. Hillary never sounds angry about Trump, but comes close to revealing her contemptuous rage at Bernie Sanders, whom she clearly regards as a populist poseur.

There are no actual omissions in Bursteins documentary, although Sanders conspiracists may complain that there is no examination of possible bias in the way the Democratic contender was chosen in 2016. But Burstein does not ask about Clintons acquaintance with Trump in the days when he was a celebrity Democratic supporter, and shies away from asking about the incident in September 2016 when Clinton appeared to faint when leaving the 9/11 memorial service. It might have been interesting to hear more about the personal toll of electioneering, the 18-hour days and seven-day weeks. Everyone could sympathise with that.

What emerges from Bursteins film is that Clinton found herself surrounded by a non-partisan, Molotov-Ribbentrop pact of populism, attacked by Trump from the right and Sanders from the left and there is anecdotal evidence that once Clinton had won the ticket some young feel-the-Berners went over to Trump to protest at the establishment. And establishment is undoubtedly what Clinton is. Tellingly, in an early remark, she says an inspiration was Bobby Kennedy, as opposed to John Kennedy: the family member put in an unelected position of power. Incredibly, her male opponents could claim insurgent-underdog status. Bill Clinton made his way in the scrappy business of politics by selling himself and pushing and pleading for power. Not Hillary. She won office as New York senator on her own merits and did perfectly well, but by then had acquired the reputation and mannerisms of entitlement.

Previous Post: How to find and play Gwent from ‘The Witcher’
Next Post: Ive Been Married For A Year And This Is What Our Life Looks Like (30 Comics)