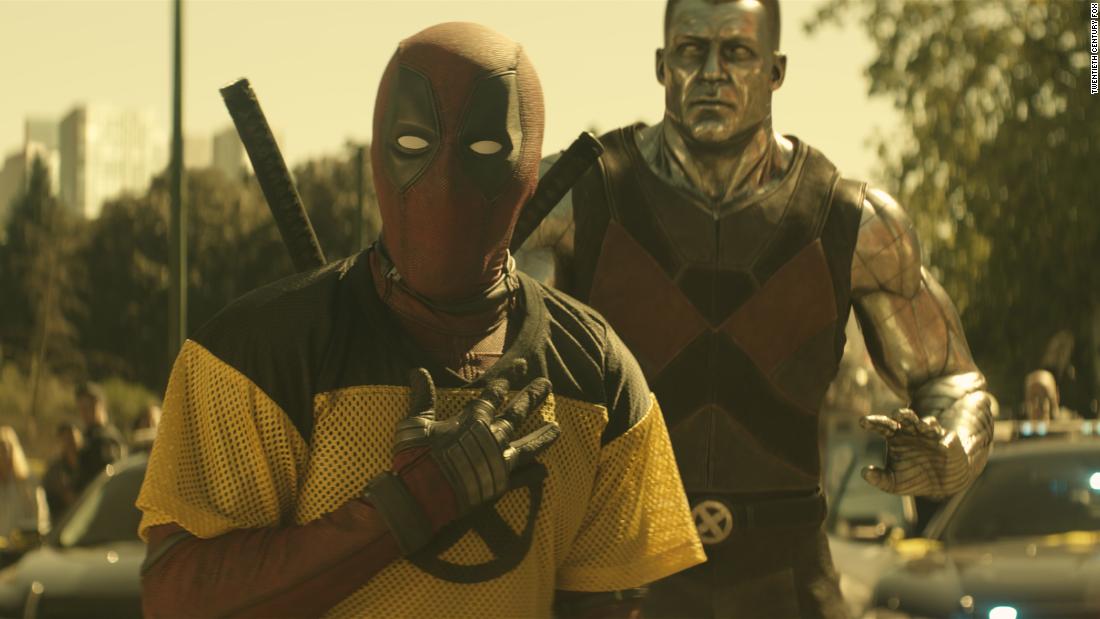 (CNN)Gleefully trying to outdo the original, “Deadpool 2” serves up a veritable smorgasbord of pop-culture and comic-book references, from James Bond to X-Men. There’s a hit-miss quality to that, but enough of them connect to ensure that this proudly R-rated action vehicle won’t leave many of the fans who helped will it into existence feeling disappointed.

The “Deadpool” sequel doesn’t so much break the fourth wall as take a seat on the opposite side of it, with such an abundance of meta references — starting with a jab at “Logan,” featuring the Wolverine character that helped sire Deadpool’s cinematic exploits — that Reynolds’ character practically takes a seat alongside the hard-core fans for whom they’re intended.
The plot, for example, bears a resemblance to the Terminator franchise, a point that the crimson-clad protagonist addresses head-on. Reynolds also isn’t above spoofing himself, which leads to the movie’s funniest bit during the closing credits.
It can all be a bit much, frankly — the smart-aleck-y banter and silliness can easily wear thin — in the same way the gore pushes the envelope. But since the franchise essentially owes its life to fans who pushed to see Reynolds in this showcase, the movie (this time directed by “John Wick” and “Atomic Blonde’s” Will Leitch) unabashedly plays to them, and thus would clearly rather err on the side of excess, letting those less conversant in such matters follow along as best they can.
The aforementioned story is all but secondary to the general tone, but the gist of it involves mercenary Wade Wilson, a.k.a. Deadpool, trying to protect a vulnerable young mutant (Julian Dennison) who initially looks up to him. The boy is being pursued by Cable (Josh Brolin), a super-soldier who has traveled back from the future to the present day, for reasons that will become clear.
Brolin pulled doubled duty in films based on comic books this Summer movie season. He portrayed the bad guy in the latest “Avengers” movie, which is the sort of tidbit that — for “Deadpool 2’s” writers — was too juicy to ignore
Reynolds is very good at straddling the occasionally serious demands of a role defined by its mostly relentless tomfoolery, designed to play up Deadpool’s status as the class clown of Marvel in general, and specifically, the corner of its cinematic stable occupied by the X-Men, which Fox controls.
That said, there are some conspicuous benefits of the original’s success sprinkled throughout the movie, starting with a beefed-up supporting cast that includes Brolin and Zazie Beetz (“Atlanta”), an especially strong addition as Deadpool’s new ally, Domino, which augments the fun.
“Deadpool 2″makes a point of not taking itself too seriously, which can be harder than it looks. And if that works somewhat fitfully, the sequel delivers consistently enough to keep this colorful mercenary laughing all the way to the bank.
“Deadpool 2” opens May 18 in the U.S. It’s rated R.

Previous Post: 30 Terrifying Facts About the Children of God Cult
Next Post: Marvel seems to have a plan in place for Ms. Marvel at the movies