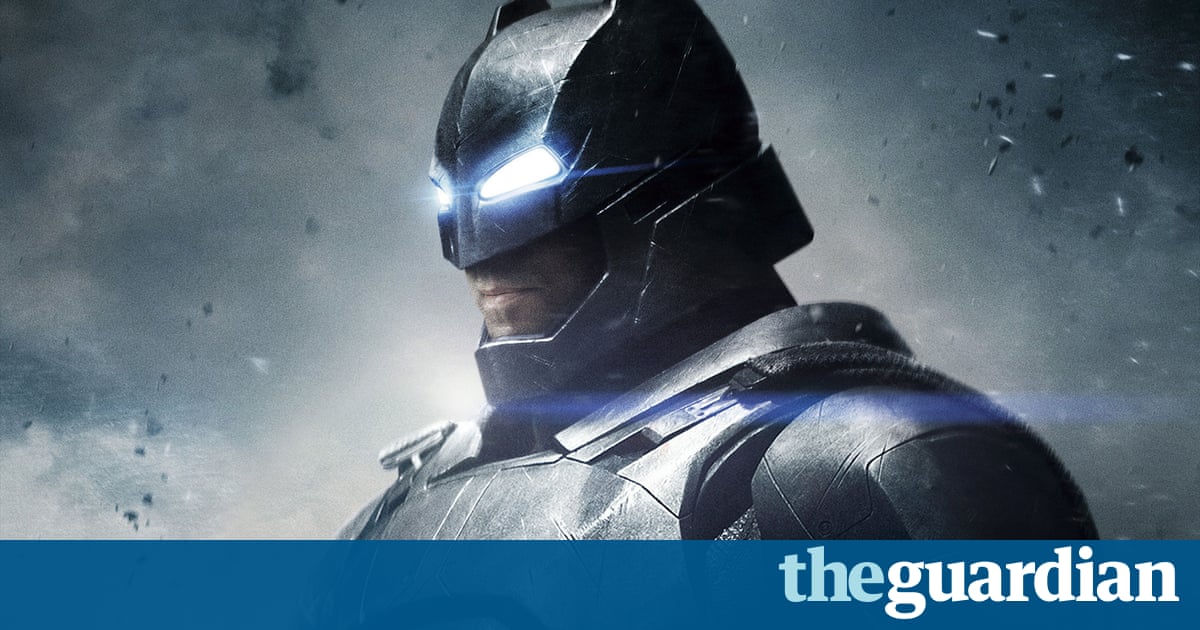 If the Marvel Cinematic Universe really does come to a close following the events of 2019s as-yet-untitled Avengers: Infinity War sequel, as president Kevin Feige has been hinting, it will have achieved something historic. Apart from the odd bump in the road anyone remember Edward Norton as Bruce Banner in The Incredible Hulk? it might just be possible for fans to rewatch more than 20 movies, stretching back to 2008s Iron Man, which are all to a greater or lesser extent internally consistent with each other.

Unlike, say, Warner Bross Batman series between 1992 and 1997, there will be no need to suspend ones disbelief as heroes are played by completely different actors from one movie to the next. Dip into this cinematic universe anywhere along the timeline from Iron Man to Thor: Ragnarok and beyond, and they will all be wearing capes cut from the same vivid cloth.

Sadly for Warners rival DC Extended Universe, it has already lost any chance of hitting such heights of consistency. Rather than setting the tone for future episodes, last years Batman v Superman: Dawn of Justice almost wrecked the saga before the Batmobile had even got out of first gear. The studios decision to throw its two biggest hitters into the pot and only then hamfistedly conjure up a story to fit around them now stands as a textbook example of how not to launch a cinematic universe.

Since then weve had David Ayers desperately clumsy Suicide Squad, a movie with an offbeat premise that the studio clearly never had enough time to make sense of, and the rush of sweet relief that was Patty Jenkins Wonder Woman a well-told comic book origins movie, but one that exists almost entirely outside the main DC continuum. Neither film offers much hope that Warner has yet mastered the Marvel blueprint for creating vibrant standalone films that also flourish within the bigger picture.

Over the past week, there have been reports that Warner might cash in its chips by removing Ben Affleck as the new Batman, as if getting rid of the DCEUs most famous face would instantly solve all its problems. That rather seems like throwing the baby out with the bathwater, if a hulking 6ft 4in Hollywood behemoth can ever be described in such terms. It also rather ignores the fact that Batfleck can hardly be shifted from Joss Whedons upcoming Justice League, which is in the can and due out in November.

Dumping Affleck now would be a clear mistake, not least because if Whedon can make a success of DCs answer to The Avengers (and who better than the director of well, The Avengers?) the new Batman could yet emerge as the glue that holds the DCEU together. Warners upcoming slate for its comic book universe, revealed this weekend at Comic-Con in San Diego, now features at least four movies that the dark knight has a reasonable chance of playing some part in Suicide Squad 2, The Batman, Justice League Dark and Batgirl. We can imagine him giving the four further movies Shazam, Green Lantern Corps, The Flash, and Wonder Woman II a miss, but who knows?

Both Whedon and Matt Reeves, who will oversee The Batman, now have important jobs. Justice League must showcase the caped crusaders journey from the vengeful jerk who inexplicably decided to take down Superman, to future leader of Earths metahumans in the fight against alien invasion. Its a tough ask, and runs the risk of seeming contrived, but the potential for genuine drama is clear.

We need to see Batman falling figuratively to his knees as he realises the enormity of his mistake, which has left Earth without its greatest hero just as Steppenwolf and his army of Parademons are set to invade. We need to see Affleck giving everything, and we need to fall in love with his version of Batman in a way that just hasnt happened yet.

Whedons task is all the more difficult because we havent yet had a solo Batman outing to help us contextualise this new take on Gothams dark knight. Reeves will have all the baggage of Justice League and Dawn of Justice to deal with as he goes about that job on The Batman, but if anyone understands the connective tissue that needs to sit between episodes in big-budget 21st-century Hollywood, its the film-maker who has just made such a success of the Planet of the Apes trilogy remake.

Post The Batman, it has already been suggested that 2020s The Flash could provide an opportunity to reset the timeline and give us a new caped crusader. Warner revealed at Comic-Con that the film will borrow the Flashpoint storyline from the comics, which saw Barry Allen travel back in time to avert his mothers death, in a move that dramatically changed the timelines of every DC superhero.

Theres no denying that Reevess job would be easier his creative options vastly expanded if he was given a new actor to work with. But resetting the timeline and pretending Dawn of Justice never happened hardly seems to be a workable plan, when the studio is marching forward so vigorously with its ambitious slate of interconnected movies. If its possible to reboot the most vital cog in the DCEU without affecting all its other moving parts, then this is a pretty pathetic excuse for a cinematic universe.

Warner made the call four years ago to bet the house on Batfleck, and it now needs to make a success of that decision. Affleck was right when he said at Comic-Con that the role of the dark knight was the greatest in comic-book movies. What he neglected to mention is that, for the future success of the DCEU at least, it is also the most important.